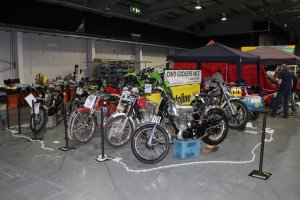 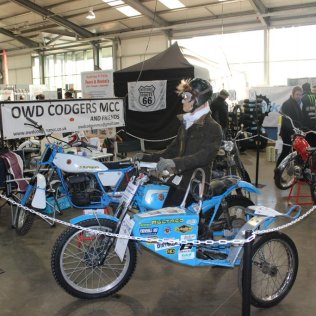 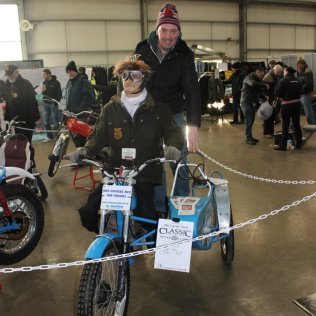 Geoff Kidd with Johnny Brittain. Johnny was best known for riding Royal Enfield motorcycles and even became an ambassador for the company.

He was very successful in his career, winning over 50 championship events between 1948 & 1965. These included twice winning the Scottish Six Days Trial and the Scott and British Experts trials. 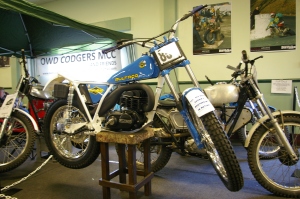 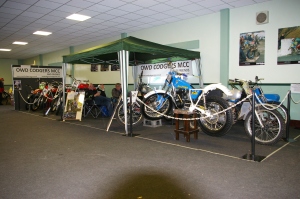 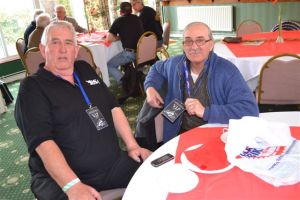 Enjoying the hospitality of the VIP lounge (Violent If Provoked!)

Click the image to see the full album of photos from the show.